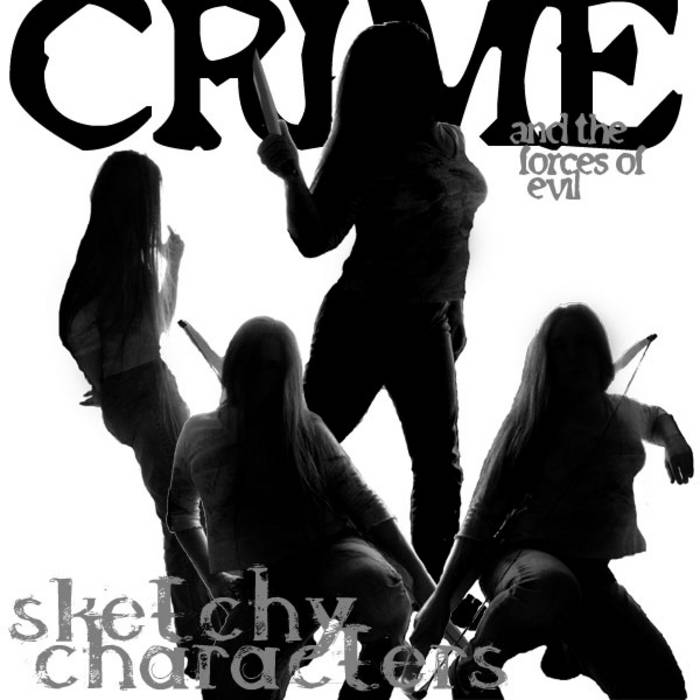 We're leaving this original EP up here mostly because there's no reason not to, and also for anyone interested in hearing what a year of learning about studio recording can do for your sound. ^_^ The original About This Album notes are below, unedited.

----- Original About This Album -----
This EP is a work-in-progress pre-release of four songs from the upcoming Crime and the Forces of Evil debut full-length CD, Dick Tracy Must Die. Essentially, the songs are mixed, but not mastered, and will certainly be fiddled with before the full-length CD is released. Sales of this EP will help us pay for finishing the full CD, so if you like what you hear at all, buy in!

Crime and the Forces of Evil want to thank those several people who have helped with this project so far, including those who sponsored equipment for Criminal Studios at Murkworks North: Deborah Hooker, Diego R. Martinez, Maria-Katriina Lehtinen, Elane S. D. Imgroven, Barbara Cathyl, and Silussa. We'd also like to thank Russ Birch, S.J. Tucker, Kevin K' Wiley, and Tony Fabris for desperately-needed advice, Alexander James Adams for saying, "Dara, you really need to be performing" and meaning it, and Quen, Cathy Fiorello, Angela Korra'ti, Kathryn Tewson, Batya, and Cow for moral support and listening to all. these. rough. cuts.

All songs recorded at Murkworks North in late 2009 and early 2010. Album art, cover design, tracking, mixing, mastering, and fuckups by R. Korra'ti. We like Trinity-made Irish Bouzoukis; want to sponsor us, guys? ^_^